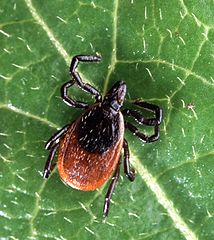 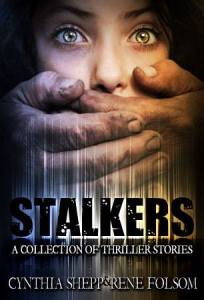 I have had a few exciting events recently. I submitted two stories for two anthologies, and was accepted to both. Yay!

The first is a paranormal short story, “Under the Mattress,” that will appear in the anthology Urban Harvest: Tales of the Paranormal in NYC. The proceeds from this collection will benefit the organization City Harvest. The expected release date for this eBook is September of this year.

The second story is titled “Lucid” and will be part of the Stalkers anthology edited by Cynthia Shepp and Rene Folsom. I’ll update when I know a release date.

I’m very excited about both these projects and can’t wait to read the other stories in the collections.

On a slightly separate note, I got the notion to try my hand at writing a comic script. At the moment, I’m converting a short children’s story I wrote a while back. The process is much harder than I expected, and I never thought it would be easy. But the conversion process is showing me where the story is lacking in detail or where it includes unnecessary detail, so I’m glad I decided to do it.

Keep your eyes peeled for information about the publications and have a great day!

About a week ago, we had some time to kill in my writing group, and we decided to do an impromptu exercise. One of our members gave us an opening line, and we wrote for 10 minutes. The following was my result. Whether or not it turns into anything longer remains to be seen.

The kittens were the first to sense it coming.

Mango’s orange fur puffed out, her tiger-striped tail swished, and the black spot on her back arched upward. Chutney crouched low. His green eyes dilated, and his paws spread, unsheathing sharp claws that gripped the carpet beneath him. Mango growled. Chutney hissed. I turned my head toward the window.

“Shh…” I cooed at the kitties who were my only companions at the moment. “Easy now. Let’s not panic.”

I thought of calling Ray. He should be in his room at this hour. I didn’t want to wake him if he was sleeping. I knew he had an early day at the conference where he was presenting his paper on the failings of The Dark Knight movies.

No, I wouldn’t bother him.

Outside, the outlines of the trees whipped side to side, and the wind beat the metal chimes into a squealing frenzy.

“Maybe I’ll just check the storm windows,” I said to the cats that were still in their battle stances, yowling at me to “Do something, lady!”

Rising from my favorite spot in the recliner by the fireplace, I grabbed a crutch, settled it under my arm, and hopped toward the windows. When I reached them, I shrieked and fell onto my butt. There was a face on the other side of the glass.

Not the worst thing ever for 10 minutes. If I were to continue the story, I’d stay away from making it scary – at least not at this point. Maybe it’s Ray at the window and this could turn into a sweet romance. Or maybe it’s the neighbor’s dog, and the kittens will go to war with him. Or maybe, I don’t know…dragons.

I heard or read somewhere today (not for the first time) that people often ask where authors get their ideas. Well, there it is – it starts with an image or a line and stories just kind of evolve from there. That’s the easy part, when the imagination runs wild. The work comes after you get the ideas out and you have to craft them into something.

If I ever decide to take this to a conclusion, maybe I’ll post the finished product.

For the past week and a half, my Unicorn submission preparations—all my writing, really—has been derailed by illnesses. First, my daughter came down with Strep and was home from school for several days. Now I am trying to shake some unspecified viral sinus infecting thingee. (My brain stopped processing once the doctor said I wasn’t getting antibiotics to get rid of it.) This has not been a complete waste of time though. I think I see a silver lining in the pain, suffering, and inordinate amount of fluid from the past days.

One of my favorite aspects of being a writer is the research. I love learning new things, and I can sit at this screen for days researching random topics. We don’t need to get into how often I actually do that. While I’m not what you’d call a science geek, I won’t lie; I find the occasional experiment fascinating. Which brings us back to my sinus issues.

Once I quit mentally cussing out the doctor, I read the info sheet she handed me explaining why antibiotics are generally prescribed for sinus infections only if they don’t clear up after a week on their own. What I originally heard was, “Blah blah blah suck it up for a week.” The handout gave several drug-free suggestions for helping clear said sinuses. One method is nasal irrigation using, among other devices, a neti pot.

I was familiar with the concept of the neti pot and nasal irrigation from my days teaching yoga, but I never got up the nerve to try it. Here was a perfect opportunity. I could experience it and record all sorts of gross details for later use in my writing. I certainly did not expect to come away with such a wealth of information as I did.

Aside from this thing actually helping my illness, these details may prove to be invaluable one day. As a middle-grade and YA writer, the chances of me calling on them one day are relatively good. If, for example, I ever find myself needing to write about milk coming out someone’s nose, I am in a much better position to describe it than I was a few days ago. Overall, I would have much preferred to have my health than this information, but at least I’ve been able to put the time to good use.

Pardon me, time to irrigate again.

Welcome to my author page!

I had a whole post written about my preparations for the Unicorn Writers’ Conference in March and how all the revisions for my two manuscript review sessions are falling into place. But a funny thing happened during the 6 hours that I’ve spent trying to build this site. I had to reinstall it, and I did remember to back up the .php files with the content. Or so I thought. Guess which file didn’t get backed up? Right–my blog post.

When will I learn? Write posts in Word and copy them. Never write directly into the blog (yes, I am doing that right now, but I will copy this into Word before hitting ‘publish’) I actually got nervous and switched to Word before finishing. So there. Another recent lesson I hadn’t written about but will now–keep each version of your manuscript.

I had a scare last night when I realized that the only copy I had of the full manuscript of my fey novel was in PDF format. I had other files that were named to indicate that they were supposed to be the full manuscripts, but at some point, I must have accidentally overwritten one and backed up the overwritten copies. Cue frantic search for a PDF to Word converter.

Fortunately, one friend let me know he had a converter for me at the same time another friend reminded me that I had sent her the manuscript in Word over the summer. Whew! This time when I saved it, I made it a read-only file. When I’m ready to make the next round of edits, I will copy and paste into a new file with a new name. So that was my most recent writing adventure.

I don’t remember what all else I wrote earlier. I listed a couple of books that have been invaluable during my revision process:

The rest of my previous post is being fogged over by the haze of an impending migraine. So thanks for visiting and I look forward to sharing my process with you.